Categories About us Christian Ridil 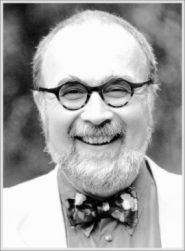 was born in Breslau in 1943. His musical experiences began at the Musical College of the cathedral boys’ choir (Domspatzen) in Regensburg, where his education in the humanities was accompanied by practical and theoretical instruction in music. After leaving high school, Ridil studied school music and composition (as his second major) under Professor Günter Bialas at the State Academy of Music in Munich and took the state examinations in both subjects. He taught at the Justus-von-Liebig High School in Neusäß/Augsburg from 1969 to 1984. From 1980 to 1983, he gave courses at the Catholic University of Eichstätt, while also studying musicology at the University of Augsburg from 1980 to 1986. In 1984, Christian Ridil was given a professorship at the Musicological Institute of the Johann Wolfgang Goethe University in Frankfurt. In addition to lectures and seminars in musicology, he was in charge of the music at the University of Frankfurt (choirs, orchestra, and chamber music). In the academic year 1992/93, Ridil was exchange professor at the College of New Jersey Trenton in the USA. In 1994, he was appointed Musical Director of the university, a title that had been vacant in Frankfurt for thirty-two years. After his retirement in 2008, Ridil has concentrated more strongly on making his compositions better known.

Ridil’s musical activities cover a wide spectrum. He has sung in various professional choirs and given numerous concerts as cembalist or accompanist in Lieder recitals. Particularly important is the founding of the Augsburg Vocal Ensemble in 1976, which he directed. It has given many concerts and made recordings of a very high quality.

In recent years, Ridl’s reputation has grown through the chamber choir of the Johann Wolfgang Goethe University in Frankfurt, which was founded in 1987. They have given concerts in Germany, Poland, Italy, Hungary, Belgium, and Mexico, and won the Golden Diploma at the Third International Choir Competition in Budapest. Several CDs have been made, as well as recordings from radio and television; and they have premiered several works. In recent years, Ridil has given many concerts with the composer and flautist Jens Josef, concentrating principally on contemporary music (“Contrast Group Frankfurt am Main”). The Young Philharmonia of Hessen-Thuringia, founded in 1998, has received good reviews of the concerts it has given under Ridil’s baton in France and Germany.

Many of Ridil’s compositions have won prizes and awards in competitions, e.g. in Stuttgart and Aachen in 1994, and in Münster in 1996. He takes part in many workshops as a lecturer in musicology and conductor of choirs and orchestras. For further information about Christian Ridil, see here.