Categories About us Franz Lehrndorfer 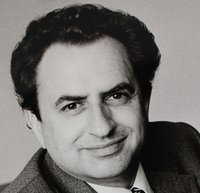 studied Catholic Church Music and Organ at the Munich conservatoire (Musikhochschule München) and then worked as a music teacher with the Regensburger Domspatzen choir. In 1952 he was granted his master class diploma and in 1957 he won the first prize for organ at the international ARD Competition sponsored by the German broadcasting network. In 1962 he was appointed professor at the Munich conservatoire, where he was appointed head of the Department for Catholic Church Music and Organ in 1969 and held this post until his retirement in 1993. From 1969 to 2002 he was the resident organist at the Frauenkirche (Cathedral or Our Lady) in Munich and from 1998 to 2003 he was a visiting professor at the Catholic University in Porto (Portugal). In 1965 he was awarded the Bayerischer Kunstförderpreis and in 1981 the Deutscher Schallplattenpreis, both prestigious German awards. He received several awards and distinctions for his merits as a musician and a teacher including an honorary doctorate awarded by the Pontificio Instituto di Musica Sacra in Rome and the Bavarian Order of Merit as well as the Order of Merit of the Federal Republic of Germany (Grand Cross 1st Class).

Franz Lehrndorfer wrote masses, hymn and choir movements, transcriptions and other compositions for the organ.

Numerous concerts and recitals in Germany and abroad as well as recordings on the radio and his many records show Franz Lehrndorfer as a sensitive performer and interpreter of organ music of all ages. But it is his art of improvisation that he became well-known for.

You can find further information about Franz Lehrndorfer here.